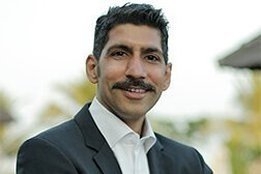 When the new rules come into force in 2020, ships will no longer be permitted to burn a marine fuel that has a sulfur content greater than 0.50% by weight, unless they also use technology such as an exhaust gas cleaning system to achieve an equivalent level of compliance when using otherwise noncompliant fuel.

"Carbon consumers are used to tightening regulations, regulations that typically put the onus on the supplier to provide compliant products by saying that from X day you may no longer sell fuel unless it meets this new specification. But what the IMO has done here with the 2020 regulations is they've put the onus on the consumer by saying from January 1, 2020, you cannot burn this particular specification of fuel. I don't know if there's any onus on the suppliers here," said Sharma, whose company provides physical oil trading and bunker fuel management solutions for the shipping industry.

"It's like telling me from X day I can only eat organic food and giving me no other information. Where should I go to buy this food? How will I know there are places near me that will want to sell it? Can I buy it where I usually shop? What happens if the shelves are empty - is it ok to buy and eat the nonorganic food? So there's a lot of confusion here just caused by the way the regulation has been introduced."

Sharma argues that putting the onus on the supply side of the equation is far easier for everyone in the supply chain; sellers know what products they're selling, and buyers know what and where they're buying it.

"If you think about it rationally as to who can do more about it, surely it's the suppliers," he said.

There are also far more buyers than there are sellers, so it can also be argued that applying the rules to the supply side makes enforcement a much easier task.

Another case for enforcement is that supply operations are also typically in fixed locations and within fixed justifications; buyers are not.

"If we look at what happened in the gasoline industry, it's progressively changed and at no point did anyone tell the car drivers of the world they have to find the right products but we'll carry on selling all products at the pump," said Sharma.