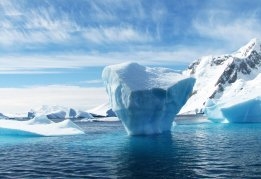 Cosco was asked earlier this year by the organisation to make it known which fuel it would use.

The repeated call has been prompted by the expected arrival of a Cosco-operated ship at the Swedish port of Gavle on August 18, the alliance said.

The environnmental group is against heavy fuel oil use by ships in the Arctic as it emits black carbon which exacerbates the melting of sea and glacier ice in the region.

Ships have been banned from using and carrying heavy fuel oil in the Antarctic region for similar reasons. An oil spill of heavy fuel oil is seen as being particularly damaging for a sensitive environmental area such as the Arctic and Antarctic.

Ghani has been an active and well-regarded minister for the maritime sector in the UK, launching a plan last year seeking to have zero-emission vessels active in UK waters by 2025.