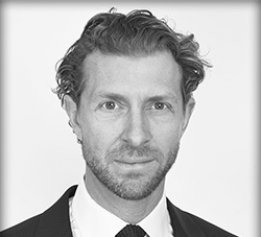 Maritime engineering firm Silverstream Technologies is seeking to hike the annual sales of its fuel-saving air lubrication system to 500 units by 2025.

The company's system is currently in use in 12 vessels on the water, and the firm in total has signed 70 installation deals, Noah Silberschmidt, CEO of Silverstream, told Ship & Bunker in an interview earlier this month.

We are for sure now a growth company.

"I think we are no longer a start-up company; we are for sure now a growth company, and we very much think that our system will be reaching further heights in the future," Silberschmidt said.

The systems, first developed several years ago under Sliverstream's previous name, DK Group, have shown consistent bunker savings of 5% or more by letting a vessel ride on a carpet of air bubbles that reduces friction between the water and the hull surface.

The firm has seen a recent jump in sales, with Maersk's announcement last month that it will try out the system on one of its boxships following a repeat order from cruise company Carnival at the end of September and an order for more than 30 vessels from MSC earlier that month.

There's no ambiguity about how you come up with the net performance.

The company is also set to open a new office in Shanghai next year.

Transparency in how the company demonstrates the fuel savings will be a key driver of sales in future, Silberschmidt argued.

"I came into the industry and saw a lot of technologies -- a lot of paint manufacturers, a lot of different companies promising a lot of stuff -- and I have always tried at Silverstream for us to be true to our word," he said.

"We have, throughout the life of Silverstream Technologies, said that we save from five to ten percent -- that's a net number.

"With every installation we have a protocol on how to test the technology that we agree with the client, typically before we even sign a contract.

"Afterwards there's no ambiguity about how you come up with the net performance; you agree it up front."

Fuel-efficiency technologies are seeing increased interest from shipping companies with upcoming regulations from the IMO and EU set to force them to achieve as much propulsion as possible from each tonne of fuel.

Silverstream's air lubrication systems cost about 800,000 euros for a smaller vessel such as a products tanker or smaller ro-ro ship, or up to 2 million euros for a larger vessel along the lines of a very large ore carrier (VLOC).

"Typically the payback that we are operating on -- depending very much on how often you use the
vessel -- is sometimes below two years, sometimes up to five or six years," Silberschmidt said.

"Three or four years ago everybody talked about payback, but now owners and charterers are
talking about being able to demonstrate emissions reductions, being able to steam in the
future and steam in the same pattern as today and not having to reduce speed."

That payback time includes all of Silverstream's bills, as well as the extra drydocking and servicing costs. Vessels usually do not install the systems outside of their normal drydocking schedule, and installation can take anything from six days to a more typical ten days.

Fuel will just get more expensive in the future, and there will be even more reason to have energy efficiency technology on board.

Silverstream is betting on the installation of fuel-efficiency systems becoming much more of a default choice in future in response to emissions regulations.

"I'm expecting that any energy-efficiency technology that can confirm that it's saving a significant amount will be a standard application for the future," Silberschmidt said.

"I think the problem we're facing today is that there's not a lot of technologies that are able to prove that. It has to be proven and -- as ours is -- fuel-agnostic.

"In a transition to a different fuel type, fuel will just get more expensive in the future and there will be even more reason to have energy efficiency technology on board because the payback will be even quicker."

And as the firm gathers more data from its existing users, it expects to be able to identify ways of using it better to deliver larger fuel savings.

"We have had a lot more vessels coming online over the last 18 months, and we are capturing a lot of data from all our owners and charterers," he said.

"We are able to capture the moments when we have very high net performance, and we are working on trying to replicate those scenarios.

"I hope I can tell you in 15 years' time that over the last 15 years this vessel initially saved one amount, and over time we were able to capture half a percent, one percent, one and a half percent more because we were better at understanding the data and the operational patterns."

Oil Drops on Demand Fears, But Demand Appears Healthier Than Ever

Meanwhile, some analysts think the world can easily handle $150 oil.