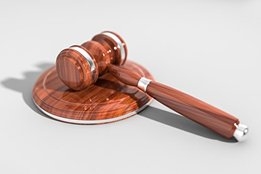 Heidmar's Blue Fin tanker pool (Blue Fin) has filed a $1 million+ claim against Bomin Deutschland GMBH (Bomin), for damages it says were incurred after lifting allegedly faulty fuel from the supplier in 2018 at Port Louis, Mauritius.

According to documents filed Friday in Connecticut, Blue Fin vessel M/V Ridgebury Alina L was on charter to Resource Marine Pte Ltd when it was deemed necessary to take on fuel in Port Louis to complete its journey from Freeport to Singapore.

Blue Fin claims at some point prior to the delivery, Shell told Bomin that the bunkers "were off spec and were not suitable for use and should not be delivered to the Vessel."

It is further alleged that Bomin then made efforts to prevent the stem taking place but, after it was unable to do so, told Blue Fin that while the bunkers had been delivered and could not be used, a second round of testing was underway and would show the bunkers were actually on-spec.

With the value of the tanker's cargo dependant on prompt delivery in Singapore, Blue Fin says the voyage continued on Bomin's promise it would cover costs should new fuel be needed.

As it transpired, the secondary testing was said to have also shown the fuel was off-spec, requiring Ridgebury Alina L to then divert to Sri Lanka for new bunkers, in all adding a total of six days to the voyage.

The vessel finally arrived in Singapore on August 6, 2018, and Bomin was said to have later arranged to have the suspect fuel debunkered.

Blue Fin says the ordeal resulted in damages of $1,022,662.12, which include a reduction in cargo value of some $658,000, plus additional costs from the diversion including increased fuel consumption of around $364,000.

Bunker buyers are paying less now for their VLSFO than they paid for HSFO last year.

The company is operating the barges MV Thornton and MV Duke in the region.