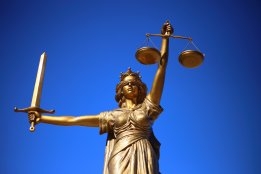 The case will continue to be heard in Denmark. File Image / Pixabay

A judge in Denmark has rejected a bid to refer a key point in the Dan-Bunkering sanctions case to the European Court of Justice.

Dan-Bunkering's defence had argued that a central legal issue in the case is over whether the EU regulation banning jet fuel trades to Syria covers trades to foreign governments and their militaries. A judge at the court in Odense on Thursday rejected its bid to test that point at the ECJ, according to news agency Avisen Danmark.

The referral would have delayed the case by several months.

The case, against Dan-Bunkering, its parent firm Bunker Holding and CEO Keld Demant, revolves around 33 jet fuel deals with Russian counterparties in 2015-2017 where the oil allegedly ended up in Syria in breach of EU sanctions.

The new board was elected by IBIA members earlier this year, with the results announced at the annual IBIA dinner in February.