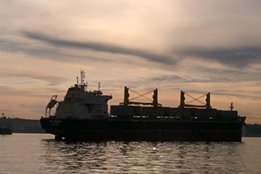 The introduction of new fuels to comply with the upcoming global 0.50% sulfur cap risks causing an increase in claims and disputes for both owners and operators, says The Standard Club.

Much has already been said about the potential for compatibility problems between the new IMO2020 grade fuels, particularly when it comes to commingling fuels from different origins.

"A tanker suffering main engine failure in a busy shipping lane or port might lose navigational control and collide with another ship, or ground or come into contact with port infrastructure or other property," he explains.

"Resulting third-party claims would fall within the scope of P&I cover and, in the worst case, could involve multi-million dollar losses."

This situation could also result in disputes with charterers if it were shown the fuels lifted did not meet the quality required by the charterparty.

"If the charterparty is not clear, disputes could arise," says Roberts.

For example, If the owner were able to establish a breach of contract, they could then hold the charterer responsible for all the losses arising from that breach.

Roberts sees another risk of IMO2020 in this area is an increase in Freight, Demurrage & Defence (FDD) type disputes.