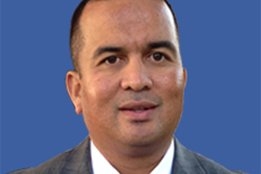 The Shipping industry is on the verge of agreeing to slash its GHG emissions "at least 50%" by 2050 compared to 2008 levels.

From reports Thursday emerging from this week's 72nd meeting of IMO's Marine Environmental Protection Committee (MEPC 72) it is understood that of the 173 IMO member states taking part in the talks, only two - Saudi Arabia and the US - stand in the way of agreement on the current daft text.

While nations including Argentina and Brazil have been among those vocally fighting the overall targets in the draft, they have not made an official objection that could block its adoption.

Key to the carefully worded document is that it seeks to reduce emissions by "at least" 50%, suggesting that anywhere between 50% and 100% is possible. This is seen as vital to appeasing those wanting a 100% reduction by 2050.

Indeed, in his opening address for MEPC 72, IMO Secretary-General Kitack Lim had reminded member nations the text "is not a final stage but rather a key starting point", but the deal could still be blocked by Members pushing for the most ambitious targets.

The Marshall Islands is one such nation that has been vocal on the matter, and is understood to desire a deal that still allows a route to net zero emissions.

"The next 24 hours are crucial. There is still a real risk that we could leave London with no deal – and as the world's second biggest ship registry I've made it clear we'll walk away from the deal if it doesn't add up," Honorable David Paul, Minister-in-Assistance-to-the-President and Environment, Republic of the Marshall Islands, said Thursday.

Europe, with some members pushing for a 70-100% reduction, says it could take independent action if the deal is deemed to be "too lame."

"We [European Parliament] don't want to do things if IMO is taking responsible action, but we are willing to go further if necessary," MEP Jytte Guteland said Tuesday.

The last day of talks, when a deal is expected to be finalised, is tomorrow.

The eventual deal could have a significant impact on the Shipping and Bunker industries even in the immediate term, with uncertainty over future regulatory changes seen as a factor in today's decisions over IMO 2020 compliance solutions.

The analyst believes cutback compliance will greatly benefit the market.