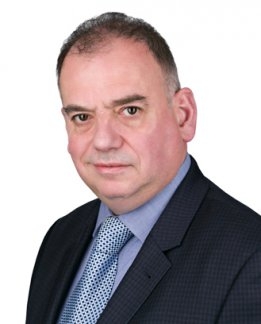 The traditional notion of a ship is transforming before our eyes driven by regulatory and technological change which has left engineering and science playing catch up, a maritime consultant has said.

But Chris Dyson, who is with US-founded engineering consulting firm Exponent, says there is no need to panic, not just yet.

"Vessels are being exposed to rapid change pushed ever faster by a range of factors from regulatory drivers to technological advances," Dyson told Ship and Bunker in a telephone interview.

That change is no less apparent in the marine fuels sector where Dyson has considerable expertise.

Standard methods for testing fuel to see to if it is up to scratch are available and have been for a while.

One of the problems is that specific testing to the ISO8217 standards, in what Dyson calls table 2 testing, gives only limited results and does not guarantee that a fuel is free of contaminants and fit for use.

It's a concern that the system won't really pass muster once the 0.5% global sulfur cap on bunker fuel comes into force in11 months' time and the industry enters a mutli-fuel, multi-blended fuel world.

In addition to the above, "another problem is that two fuels which have both tested to be ISO-compliant may not be compatible," said Dyson.

Present compatibility tests may not overcome this problem.

"We don't have enough information [about these new fuels] on which to determine the potential extent of problems."

So, is now the time to start panicking?

Leaving aside whether or not onboard testing will be fit for purpose, there are ways around it.

"An ideal solution would be to keep different fuels fully segregated in separate tanks."  In other words, adopt tried-and-tested practices as one way forward.

Even with storage segregation, a crunch point will come when changing from one fuel to another, so extra vigilance would be required.

More transparency throughout the supply chain would help

But stepping back from operational pressures, Dyson makes a more general point. The supply chain leading up to a specific bunker operation can be long, from refinery to supply to reseller to supplier to ship. "More transparency throughout the supply chain would help," he said. As would quality control systems to protect against something going wrong.

The point has not been lost on some of the main players in the bunkering industry.

Keld Demant, who heads Bunker Holdings, made it clear at the International Bunker Industry Association conference in Copenhagen in November that given what is ahead, bunker companies must embrace professionalism.

No need to press the panic button just yet then but, as Dyson has pointed out, bunker companies that are re-thinking how their businesses should work will be the ones best able to adapt to the constant and rapid change that has become a permanent feature of 21st century bunkering.

The company said it would not need to write down the value of the fuel stockpile -- despite a previous warning that it would need to -- because current strength in the tanker market more than offsets its loss.