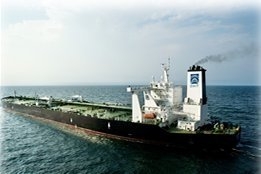 Tanker owner DHT Holdings says it will likely postpone its six remaining scrubber retrofits so it can capitalize on the recent jump in freight rates.

The shipowner has booked 16 of its vessels for retrofits in total. Two of those were completed last year, six this year, and a further two are set to be completed next week, Svein Harfjeld, Co-Chief Executive Officer, said during the firm's latest earnings call.

The remaining six retrofits will now be rearranged on a case by case basis, but there are currently no plans to cancel them altogether.

"I think that's something we need to address in due course. But we have made this commitment for now. So far, the economics on these scrubbers looks to be very handsome. And if for some reason, these assumptions change in the future, of course, you might have the opportunity to revisit this," Harfjeld said.

"But I think our game plan is certainly to go ahead, but maybe not at this point in the spot markets."

While recent headlines suggest those rates have jumped as high as $300,000/day, Co-Chief Executive Officer Trygve Munthe said actual deals at that level failed to materialise. Still, Munthe said the firm did complete a deal at about $190,000/day.

With reports also that there is no shortage of vessels seeking yard space for scrubber retrofits, Harfjeld said not only would DHT incur no penalties for delaying its retrofit plans, such a move could actually be helpful for the yard.

"There's a lot of ships sort of pressing on to get these projects done as quickly as possible. And I'm sure we could sort of vacate our space for other ship types such as containerships, for instance, and the yard would welcome that," he said

"So this could certainly be sort of a win-win situation in terms of scheduling for both parties."

The company is looking for candidates with at least three years of experience in the bunker industry.

The firm has signed a deal with port group PSA Corporation to develop sustainable solutions relating to its port and terminal handling activities in Singapore.

The new board was elected by IBIA members earlier this year, with the results announced at the annual IBIA dinner in February.