240 Vessels Now Fitted With Scrubbers, and That Number is Set to Accelerate: Clarksons 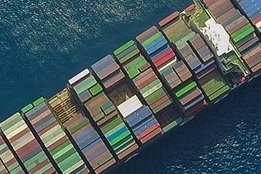 Around 5% of newbuild contracts in 2017 were for scrubber-equipped vessels. File Image / Pixabay

The number of vessels fitted with an exhaust gas cleaning system, more commonly known as a scrubber, reached 240 as of December 1, 2017, according to data from Clarksons' Shipping Intelligence Network (SIN).

The total included 57 Ro-Ros, 62 cruise and ferry vessels, 25 gas carriers, and 23 tankers, Alex Springer noted in a recent post on the SIN website.

The most likely candidates to use a scrubber were those spending most if their time operating within the world's emission control areas (ECAs) where the sulfur cap on marine fuel is 0.10%, he noted.

However, the advent of IMO 2020 regulations that will see the global sulfur cap on marine fuel fall to 0.50% on January 1, 2020, means interest in the technology is expected to pick up.

Growth in the scrubber-fitted fleet looks set to accelerate

"[G]rowth in the scrubber-fitted fleet looks set to accelerate, with the proportion of new contracts for scrubber-equipped vessels increasing from roughly 1% in the period 2012-15 to around 5% in 2017 so far," said Springer.

"Despite the trend, this remains a small proportion of total ordering (which has itself been limited), with many owners appearing to adopt a 'wait and see' policy."

Aside from using scrubbers, the other main alternative to simply using compliant oil bunkers for IMO2020 is switching to the use of liquefied natural gas (LNG) bunkers.

Amsterdam-based supplier Titan LNG says in 2017 around 11% of all new build contracts in 2017 were LNG-powered ships.

Cryopeak will develop a design for a 4,000 m3 LNG bunkering barge, with the aim of having it in operation in 2023.