11% of All New Build Contracts in 2017 Were LNG-Powered Ships: Titan LNG 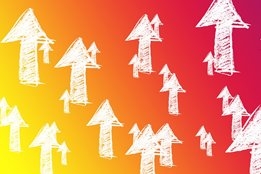 Titan LNG says in 2017 the adoption of LNG bunkers significantly accelerated and expects the trend to continue into 2018. File Image / Pixabay

Amsterdam-based supplier Titan LNG says in 2017 the adoption of liquefied natural gas (LNG) as Marine Fuel significantly accelerated and around 11% of all new build contracts were LNG-powered ships.

The company says it expects the trend to gas-powered shipping to continue into 2018.

"[I]n the past year the stage has been set for a push in the adoption of LNG as a marine fuel beyond the tipping point," the company wrote.

"The order book for LNG-powered ships grew substantially, the LNG bunkering infrastructure is maturing and the pricing of LNG has become structurally competitive versus MGO."

Ship & Bunker data indicates that in Vancouver, Canada, on a calorific basis for the raw commodity, LNG is less than half the price of MGO.

MGO is currently priced at $717.50/mt, while the price for an amount of LNG that delivers the energy equivalent of one metric tonne of MGO (LNG-MGOe) is $312.00.

Having so far failed to live up to the initial hype, Titan LNG are not the only ones who believe the pivotal moment has finally come for LNG bunkers.

In a recent blog post, Mark Bell, General Manager, Society for Gas as a Marine Fuel (SGMF) said he believes 2018 will be the "tipping year" for gas-fuelled shipping.

But Saudi Arabian Mining thinks lower prices will be sustained by the end of 2022.