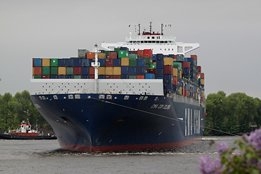 Carriers' own failure to control costs, not rising oil and bunker prices, are the cause of the controversial emergency bunker surcharges recently announced by the world's top three box carriers, Drewry has suggested.

"After half a century of doing business lines should by now have a workable system to deal with increases in external costs like fuel and not have to impose new surcharges," the consultancy said.

Indeed, Drewry says BAF mechanisms in-place today were established when fuels costs were much higher, so in theory should still work with today's relatively lower prices.

But writing in its latest weekly Container Insight report, Drewry says it suspects the existing BAF mechanisms have failed in the current climate because carriers "simply allowed too many shippers a free-pass on BAF by agreeing to all-in rates without any fuel adjustment mechanism."

Where were the calls for transparency when fuel prices were low?

Those carriers have now been caught out by the sudden jump in bunker prices.

"Carriers' own failure to control costs has left them exposed to the rapidly rising fuel prices. Emergency BAFs are a desperate move that will only partially compensate them and at the same time alienate small and medium shippers," the consultancy said.

But blame for the debacle does not lie solely with the box carriers.

"Where were the calls for transparency when fuel prices were low?" Drewry asks.

"Now would be a good time to devise a new system for bunker costs that protects both parties."

Maersk, meanwhile, has defended its position and stressed the emergency BAF is not a cash grab.

"The emergency bunker surcharge is a necessary action to ensure a continued sustainable service to our customers, and will only cover the extra costs," the company told Platts, adding that it would adjust the tariffs "as soon as the fuel price drops below the beginning level of the year."

The arrest is the first of 2020 in Singapore.

The remaining 58 vessels in its fleet have switched to low-sulfur fuels to comply with IMO 2020.