Shippers: Emergency Bunker Surcharges Have "no Place in a Modern Liner Shipping Market" 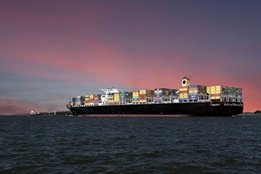 The Global Shippers' Forum (GSF) today has voiced its displeasure at recent announcements by the world's biggest box carriers to impose emergency bunker surcharges in response to rising fuel costs.

The United Kingdom-based group who says it represents thousands of shippers in every region of the world, denounced the move as "an unwelcome legacy of the cartel era" that has "no place in a modern liner shipping market."

With the announcements made "almost in unison," GSF secretary general, Chris Welsh, said it showed the container industry was still using conference-style pricing methods to impose surcharges on its customers, despite the abolition of the liner conference system in October 2008.

As Ship & Bunker reported Friday, carriers MSC Mediterranean Shipping Company S.A. (MSC), Maersk Line, and CMA CGM, who together represent over 45% of the world fleet's total box capacity, last week all announced they will implement such a surcharge.

The carriers say bunker prices in 2018 are significantly higher than what had been expected - an explanation that has evidently not washed with Welsh.

"It is incumbent on container carriers to provide their customers with full transparency regarding bunker surcharge costs, and to explain why an emergency surcharge is warranted on top of existing bunker surcharge mechanisms. Shippers will also want to know what steps have been taken to mitigate the impacts of rising fuel prices, including the impacts of fuel hedging arrangements which are designed to manage the risks associated with the single largest cost component of operating container ships," he said.

"The use of emergency surcharges is a none too subtle attempt to impose non-negotiable charges on customers. The liner industry needs to employ more appropriate pricing arrangements, in conjunction with its customers, if it is serious about developing partnership approaches and improving individual customer-supplier relationships."