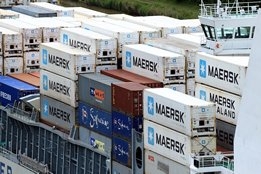 The world's three largest box carriers this week have all responded to rising bunker prices by introducing emergency bunker surcharges.

Carriers MSC Mediterranean Shipping Company S.A. (MSC), Maersk Line, and CMA CGM, who together represent over 45% of the world fleet's total box capacity, have all announced they will implement such a surcharge.

"Due to the significant increase in bunker prices since the beginning of the year and to keep ensuring the highest quality of service to its customers, CMA CGM Group will recover bunker costs through its bunker related surcharges which will be applied to all cargo on all Worldwide trades," CMA CGM said Friday.

On Monday, MSC said it had faced rising fuel prices of more than 30% this year, and almost 70% since last June.

"With crude oil today hovering around $80 a barrel – the highest since 2014 – the situation is no longer sustainable without emergency action," the company said.

Maersk Line, meanwhile, said it would introduce its Emergency Bunker Surcharge (EBS) as "the increase in bunker price in 2018 has been significantly higher than what had been expected."

The company has become a partner in the Linking Carbon Capture and Storage (LINCCS) consortium.

Trefoil specialises in bunker supply at the Amsterdam-Rotterdam-Antwerp hub in Northwest Europe.