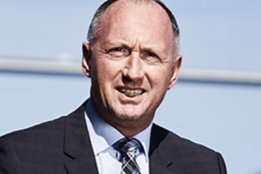 Consolidation within the bunker industry is not only set to continue, but is also expected to gain pace, Bunker Holding CEO Keld Demant has told Ship & Bunker.

Demant sees his company continuing to lead that consolidation.

Bunker Holding is one of the few companies who seem to have flourished this year, growing both its footprint and overall sales volumes.

Perhaps most notably that growth included the acquisition of OceanConnect Marine by BH's KPI Bridge Oil unit. The move has helped Bunker Holding cement its position as the world's biggest bunker company in terms of sales to end users of fuel, a title it took last year from long-time holder World Fuel Services.

Bunker Holding will sell an estimated 30 million mt of marine fuel in 2020, up from the estimated 25 million mt in sales for 2019. In contrast, World Fuel services will likely see its annual volumes fall to an estimated 17 million mt for 2020.

And if Demant's comments are any indication, this is by no means the end of the Bunker Holding growth story.

"If we can find an organisation, if we can find people who have the right fit - meaning culture wise, geographically and so on - we will be pleased to further be leading this consolidation," he said.

"So we are on the lookout for any person, any good company, and we would welcome them, definitely."

Bunker Holding is unique in the industry in that it provides its services not only through numerous subsidiaries, but via some 70 different brands - A/S Dan Bunkering, Glander International Bunkering, BMS United, KPI OceanConnect and Bunker One to name but a few.

With so many different entities in play, industry commentators from outside of Bunker Holding have been predicting for some time that a wave of consolidation will take place within the company itself.

Demant, however, does not see that happening - at least not any time soon.

we do not see that we need to reduce the number of brands. But we do see that by growing we should accommodate different ways of doing things

"I think that the individual brands that we have, who run their own P&L, they're doing well. So no, we don't have any plans to change that," he told Ship & Bunker.

"I think that by being a company who grows year by year it is also important that you're able to accommodate new people. And you can do that by growing some of your existing brands or by adding a new brand, depending on how that fits into the structure."

And while Bunker Holding is the biggest bunker company, Demant points out that they are still fewer than 1,000 people - small in global company terms.

"Before I joined here, more than 20 years ago, I came from a company with 43,000 people worldwide. Even though it was a very good company, very professional, you risk ending up as a number," he said.

"We want all our people to feel that it is important that they come to work every day, that they make a difference and that they really make a strong attempt to put in more value in each transaction than they take out. Otherwise, I'm pretty sure our clients will find somebody else, somewhere else to serve them.

"So no, we do not see that we need to reduce the number of brands. But we do see that by growing we should accommodate different ways of doing things."

And while Bunker Holding remains a bunker trader at its core, the diversification of that original offering has been evident in recent years. This includes the 2015 acquisition of brokerage LQM and 2018 launch of its global physical supply brand, Bunker One.

Exactly what areas of the business will grow in the years ahead will be driven by customer demand, says Demant.

"There's no doubt that in trading and broking we have a quite substantial worldwide market share. In physical, we are still relatively small," he said.

"We will stick to our strategy, meaning that we will mainly be in intermediate and niche ports, but the physical part of the business I foresee growing faster than the trading part in the years to come."

Bunker Holding was recently picked as the #1 player on the list of Top 10 Bunker Companies for 2021.

Now the worry is focused on possible fuel shortages in the second half of 2021.