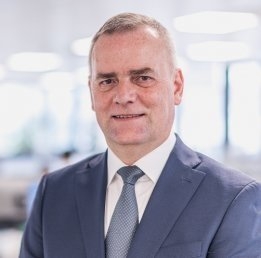 KPI Bridge Oil has completed its merger with OceanConnect Marine, cementing its place as one of the most substantial bunker market players and significantly adding to parent company Bunker Holding's volumes.

The deal was first announced in February, and has now received regulatory approval to go ahead, the company said in an emailed statement Monday.

The newly merged entity will trade under the name KPI OceanConnect, with a staff of about 170 people over 15 locations around the world.

"The post-2020 market, COVID-19, and the dawn of new, low carbon fuels mean that market dynamics are evolving rapidly.

"Ultimately, to thrive, ship owners and operators want to work with an experienced fuels services provider and a trusted counterparty that has a consultative approach and the financial strength, independence, and flexibility to provide the right solutions to meet their current and future demands.

"Our breadth of knowledge, experience, and global reach makes us uniquely positioned to support the marine energy demands of our customers over the coming years."

Financial details of the transaction have not been revealed, but market chatter earlier this year put the deal's value at somewhat less than the $25 million OceanConnect's former parent company Glencore ultimately paid for the company.

We have done brokering in the past, we are doing trading, they are doing the same, so it's a good match

Glencore was said to have been looking for a buyer for OCM ever since it took ownership of the firm as part of its acquisition of Chemoil.

In an interview with Ship & Bunker earlier this year, KPI CEO Søren Høll said his company had been working on the deal since the end of 2019.

He said KPI had no plans for job losses or to spin off any part of OceanConnect, and was comfortable in becoming more of a hybrid business as it takes on less familiar parts of OceanConnect like its online bunker procurement system, AuctionConnect.

"I don't see that there is much difference in terms of how we act in the market and how we would like to be perceived in the market, and as well the way we approach the market with our clients," he said.

"We have done brokering in the past, we are doing trading, they are doing the same, so it's a good match.

"And there will be an add-on in terms of the AuctionConnect site."

With Bunker Holding already the world's biggest bunker company in terms of sales to end users of fuel, the deal could theoretically give the marine fuels giant's annual bunker sales an instant lift to some 32 million mt/year.

The demise of one of Singapore's largest bunker suppliers follows the alleged fraud at its parent company, Hin Leong Trading.