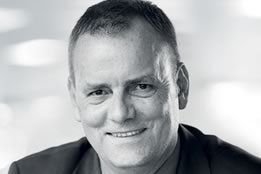 The experience of OceanConnect in marine fuels brokering and trading, as well as its online platform, have made it an attractive acqusition target for KPI Bridge Oil, according to the CEO of what will soon be the merged KPI OceanConnect.

"From our experience so far, it's a good match with OceanConnect," Søren Høll, currently CEO of KPI Bridge Oil and slated to take the helm of the newly merged entity, said in an interview with Ship & Bunker Wednesday.

"We want to create a new stronger, broader platform in terms of partnership with our clients and our vendors."

The deal is still subject to regulatory approval.

OceanConnect is a substantial bunker market participant, and was recently named as one of the top ten most important bunker companies for 2020.

The merger has been a key topic under discussion at industry events in bars and hotels across London this week.

One of the main questions has been why OceanConnect would be merged with KPI, rather than kept as an independent unit within Bunker Holding -- but Høll was clear that the initiative came from KPI itself, rather than the parent company.

KPI has been working on the plan since the end of 2019, he said.

"It's a good fit with our approach and the way we believe in the business for the long term," Høll said.

"On the locations, there's some good overlaps in terms of locations across the globe."

Høll noted a large presence for both companies in New York and London, as well as Singapore and South Korea.

"Plus there will be, compared with KPI Bridge Oil today, four new locations, so to speak: Hamburg, Dubai, Hong Kong and Japan," he added.

KPI is taking on OceanConnect in its entirety and will be bringing on board all of its employees into the new company, Høll said.

People are our asset, and that's why it's important for us that we create a new entity where people feel motivated and get opportunities for further development.

"In terms of job losses, it's not our intention on that part," he said.

"People are our asset, and that's why it's important for us that we create a new entity where people feel motivated and get opportunities for further development."

"I don't see that there is much difference in terms of how we act in the market and how we would like to be perceived in the market, and as well the way we approach the market with our clients," he said.

"We have done brokering in the past, we are doing trading, they are doing the same, so it's a good match.

"And there will be an add-on in terms of the AuctionConnect site."

The integration of AuctionConnect -- the most established online bunker purchase platform, in operation since 2000 -- into KPI will mark Bunker Holding's first venture into the online bunker procurement space.

Høll said it was too early to determine whether online sales through this platform would now take a larger role for KPI OceanConnect.

"I need to get familiarised with the site and explore the opportunities," he said.

"I find it quite interesting, and I think it has proven so far to be a good business opportunity for OceanConnect, so it's something we will explore together."

"But I see no reason why we should not continue with this -- definitely not," he added.

Høll declined to comment on the price KPI paid for OceanConnect.

The subject has been under frequent discussion during IP Week, with bunker industry figures speculating the price may have been somewhere between $7 and 10 million.

Wherever the true number lies, it seems likely to be substantially below the $25 million paid for the company by Chemoil in 2011.

Høll's primary focus for the newly combined company in the coming months will be the integration of OceanConnect, he said.

"That we will spend quite some time on," he said.

"Then we will continue to focus on what we have been doing on our side and on OceanConnect's side," he added.

"It's about how we can add value to fuel procurement going forward with our clients, and of course look into online procurement with the AuctionConnect site."

But India continues to struggle with demand problems.