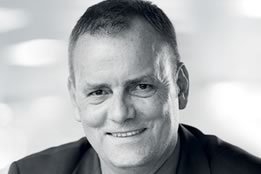 KPI Bridge Oil has signed a deal to acquire OceanConnect Marine, the company confirmed Monday, in a move long rumoured in the bunker industry.

Bunker Holding, of which KPI is a subsidiary, is understood to have been in talks to buy OCM for several weeks, although as Ship & Bunker reported last month, until now both parties have been tight-lipped on the matter.

The deal is still subject to the receipt of regulatory approval but once completed the new combined company will operate under the name KPI OceanConnect, KPI Bridge Oil said in an emailed statement.

"With a 170-strong team operating across 15 locations globally, KPI OceanConnect will have an established foothold in every major maritime hub and time zone," the company said.

"It is envisaged that KPI OceanConnect will be led by CEO Søren Høll – KPI Bridge Oil's current CEO - supported by an experienced and diverse management team stemming from both organisations."

Financial details of the transaction were not revealed, but if market chatter is to be believed the deal is valued at somewhat less than the $25 million OceanConnect's former parent company Glencore ultimately paid for the company.

Glencore is said to have been looking for a buyer for OCM ever since it took ownership of the firm as part of its acquisition of Chemoil.

OceanConnect is a substantial bunker market participant and was recently named as one of the top 10 most important bunker companies for 2020.

With Bunker Holding already the world's biggest bunker company in terms of sales to end users of fuel, the deal could theoretically give BH's annual bunker sales an instant lift to some 32 million mt/year and further distance itself from World Fuel Services whose sales currently stand at sales of 20 million mt/year.

The deal will also see Bunker Holding expand into the only space it does not currently operate: online bunker procurement.

OCM's AuctionConnect platform is the world's most established online bunker purchase platform and has been in operation since 2000. It was recently upgraded with new features for IMO 2020.

The ship left Sri Lankan waters before port officials were able to carry out the arrest.

The companies previously worked together on Japan's first gas-powered ship in 2015, the tugboat Sakigake.