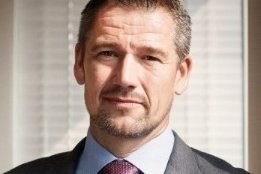 Alfa Laval says it has taken additional steps to ease any customer concern over the potential for pushback against open-loop scrubbing with the release of a new modular water cleaning (WCS) system.

The WCS will make it even easier for owners of its open-loop scrubbers to transition to scrubbing in closed-loop operation, the scrubber manufacturer says.

The offering comes in addition to its previously announced option to purchase one of its PureSOx scrubbers in a "hybrid-ready" configuration designed to be more easily upgraded to closed-loop operation at a later date.

"Though few in number and limited in scope, local bans on open-loop scrubbing have intensified the interest in hybrid scrubber solutions with closed-loop functionality," the company says.

"While marine customers are focused on complying with today's needs at minimal cost, there is peace of mind in the ability to upgrade if regulations should become more stringent."

"Simply put, it offers vessels a future-proof system with options to expand capacity and save on operating costs," he says.

While the core of the WCS is still based on high-speed centrifugal separation, the new modular system now allows it to be combined with a flocculator or a membrane module to add additional capacity, either directly or through a later upgrade.

"PureSOx customers can be confident of complying with stricter regulations if they appear," says Haveman.