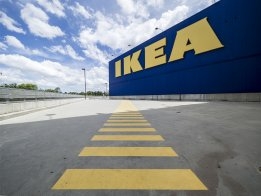 IKEA is a significant presence in the global shipping market. File Image / Pixabay

Furniture company IKEA, a major user of shipping, has rejected the use of LNG as a marine fuel.

The firm does not see the alternative fuel as a useful pathway towards shipping's decarbonisation, news provider ShippingWatch reported on Tuesday, citing comments from Elisabeth Munck af Rosenschold, global sustainability manager at IKEA.

"We do not see LNG bringing the necessary carbon reductions, and it is still a fossil fuel," ShippingWatch cited her as saying.

The comments from IKEA will be added to the growing war of words over LNG's future role in the marine fuels market as the shipping industry seeks to eliminate its carbon emissions. Supporters and opponents disagree primarily over its impact on global warming, with a key disagreement centring on whether to account for the methane slip factor's warming effect over a 20- or 100-year period.

Advocates of LNG now have a wide array of support, from oil majors Shell and Total, container line CMA CGM, and bunker suppliers Peninsula Petroleum and Fratelli Cosulich. The addition of IKEA, a significant presence in the global freight market, to the smaller list of gas-powered shipping's opponents will deliver a boost to that side of the argument.

VGO, a key blendstock for some types of VLSFO, may be in short supply in Europe next year.

Meanwhile, the IEA says Russia will lose the energy battle.