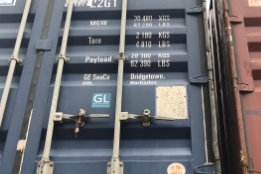 The container industry's customers are complaining of shrewd pricing practices by the carriers to keep freight rates high despite this year's disruption to the shipping market because of COVID-19.

After widespread blanked sailings and laid-up ships, the container lines have sharply cut freight capacity in recent months, and their customers now increasingly face the threat of their cargo being left behind when space runs out on the sailing they wanted.

In these circumstances, many are now feeling forced into paying 'no-roll premiums' of as much as several hundred dollars per container to avoid delays to their cargo.

Carriers are making shippers an offer they can't refuse

"If demand for a sailing exceeds capacity, not all cargo or containers get on the ship -- it is rolled, as the vernacular," supply chain consultant Tom Craig told Ship & Bunker earlier this month.

"Carriers are making shippers an offer they can't refuse.

"Pay me more, a premium in addition to the freight rate, to get on the ship.

"Otherwise I cannot be sure that your cargo will not be left behind."

"What should we call shippers who in other times were very adept at confirming their bookings withg carriers, only to be no-shows when they got a rate $10 lower with another carrier?" Jensen said.

"If we are honest about the shipper-carrier relations, the best word to describe it over the past few decades would be partially dysfunctional.

"Neither party is shy to try to 'get even' when the odds are in their favour."

While frustrating for shippers, the fact that carriers feel able to charge these premiums is a sign of their deft handling of a tough economic situation this year.

Eleven of the world's twelve largest carriers reduced their overall fleet capacity in the first half of the year, according to data compiled by shipping intelligence service Alphaliner.

Meanwhile inactive boxship capacity reached an all-time high of 2.72 million TEU at the end of May, Alphaliner said earlier this year, taking up 11.6% of the overall fleet capacity.

Despite all this disruption logistics giant AP Moller-Maersk, the largest shipping company in the world, said it expected an improvement on its first-quarter result in the second quarter of 2020.

"This also means we expect operating earnings to be higher than they were in the same quarter last year.

"We have been able to navigate well in a very difficult second quarter, adjusting capacity to demand to maintain high utilization of our network and managing our cost across the company."

Oil Mixed As Lockdown Impact Is Weighed Against Vaccine Launch