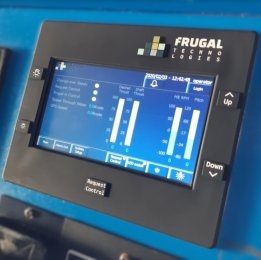 Frugal Technologies sees average fuel savings of 10-15% from the system, and a return on investment in six to 18 months. Image Credit: Uni-Tankers

Shipping company Uni-Tankers has reported fuel savings of 12.2% from a trial of the Frugal Propulsion system developed by Denmark's Frugal Technologies on one of its tankers.

The company has been testing the system on its chemical and oil products tanker the Endelo Swan after its installation in June of last year, it said in an emailed statement on Tuesday, and has seen a 12.2% reduction in fuel consumption as a result.

The system "ensures that the engine and propeller are constantly optimised in relation to draught, load, waves and wind," with no manual adjustments, according to the statement.

Uni-Tankers now plans to install the system on three more vessels -- the Fenno Swan, the Feo Swan and the Lillo Swan -- later this year, and may consider widening its use further after that.

Frugal Technologies sees average fuel savings of 10-15% from the system, and a return on investment in six to 18 months, depending on consumption levels.

"We have proven that the system works and that it requires minimal modification of the ship," Peter Hauschildt, CEO of Frugal Technologies, said in the statement.

"Fuel is by far the largest ongoing expense on cargo ships, and it is not difficult for shipowners to see the potential in this.

"With Uni-Tankers, we now have an extremely strong case which can hopefully make others follow suit."