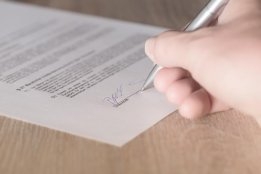 Shipping industry body BIMCO has developed a new time charter clause covering responsibilities for engaging with an emissions trading system such as that about to be applied to the shipping industry by the European Union.

The clause sets out how "to allocate costs and responsibilities for obtaining, transferring, and surrendering greenhouse gas emissions allowances for ships operating under an emissions scheme, such as the EU Emissions Trading System," BIMCO said in a statement on its website.

Earlier this month the European Parliament voted to include shipping within its emissions trading system. If the plan is implemented into law, from the start of next year ships travelling between EU ports will pay for 100% of their GHG emissions, while voyages between the EU and the rest of the world will incur 50% of the charge. That 50% level will be increased to 100% from the start of 2027.

75% of the funds raised from shipping would go to a fund to support maritime decarbonisation.

"The owners must monitor the ship's emissions and provide the relevant emissions data and the basis of calculations to the charterers.

"Using this information, the charterers transfer the appropriate allowances to the owners monthly.

"The clause addresses the adjustment of allowances due to off-hire events and what happens if the charterers fail to transfer allowances when due."