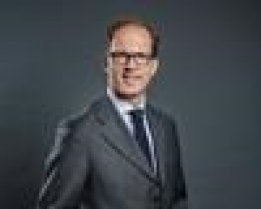 Tanker company Euronav sees hydrogen and ammonia as the clear favourites to become the biggest bunker fuels in future as fossil fuels are gradually phased out, according to CEO Hugo De Stoop.

"The winners have already been decided, and that is going to be either hydrogen or ammonia," De Stoop said in an interview with price reporting agency S&P Global Platts published Friday.

"The only problem that we have is that we don't know when it's going to be ready and available."

De Stoop highlighted the uncertainty of investing in LNG as an alternative at this stage, Platts said.

"We all order LNG and then 5 years later, someone finally admits that is polluting more because we have not been able to solve the leakage problem, and everybody goes back to square one," he was cited as saying.

With US energy firm to build offshore wind installation vessel.