Bad Bunkers: As Many as 200 Vessels Now Affected 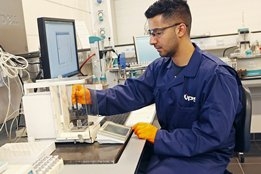 As many as 200 vessels have now been affected by the recent spate of bad bunkers, double the previous total estimated in June.

The new total is based on a now common estimate given to Ship & Bunker by a number of leading industry sources, and backed by data from fuel testing companies.

For example, VPS, who in May were the first to go public with news of the problem, told Ship & Bunker it has now seen around 80 confirmed cases.

That total includes at least 50 originating from Houston, as many as 20 from Panama, and 10 in Singapore.

FOBAS, meanwhile, has told to Ship & Bunker that so far it has seen a total of 60 confirmed cases, of which 30 were in Houston, 15 were in Panama, and five in Singapore, and overall has in excess of 150 cases under investigation pending final outcome or currently undergoing testing.

Based on the proportion of samples likely seen by the respective companies, the industry estimate of an overall 200 vessels with faulty fuel is well supported.

When burning the suspect fuels, common issues involve the sticking of fuel plungers, blocked fuel filters, and/or fuel-pump seizures and failures. Extreme cases have resulted in a loss of power.

A key problem for buyers has been that the problem fuels have passed conventional testing and otherwise meet the chemical requirements for bunkers as per ISO 8127.

Have you been affected by bad bunkers?

If so, please contact us at editor@shipandbunker.com and let us know the date, port, and supplier for the stem along with the symptoms you experienced and any other information you feel is relevant. All submissions will be treated in confidence.

Maersk is backing methanol over LNG bunkers in the alternative fuels race.