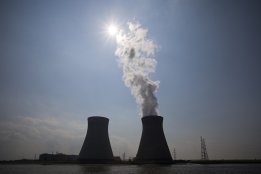 Nuclear power may have a role to play in the decarbonisation of shipping. File Image / Pixabay

Shipping company X-Press Feeders has revealed its support for nuclear power as a source of marine energy, saying it has invested in UK-based Core Power.

X-Press Feeders has made an investment in Core Power, the company said in a statement on its website last week, without revealing the size of the investment. Core Power is developing a modular small-scale molten salt reactor which could either be used directly as a marine energy source or to produce zero-carbon bunker fuels.

"The first prototype MSR reactor is due to start trials in 2025," X-Press Feeders said in the statement.

"This technology delivers base power load with zero emissions and minimal residual waste on decommissioning."

As industry voices including former IMO emissions chief Edmund Hughes have pointed out, the new molten salt reactor technology means nuclear power could play a role in the decarbonisation of shipping. But the technology faces a difficult uphill struggle, needing to overcome widespread scepticism among politicians and regulators over the safety of nuclear energy, as well as to demonstrate that it can be delivered at a price that can compete with other zero-carbon energy sources.

The second edition of the Global Container Port Performance Index for 2021 ranks Colombo as the top port in the region for efficiency, and the 22nd worldwide.

The Carnival Freedom safety response crew extinguished a fire inside the ship's funnel while in port at Grand Turk on Thursday.