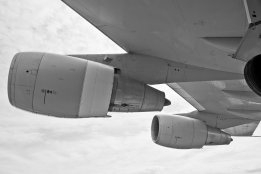 Flat-lining demand for jet fuel because of the impact of COVID-19 has seen the refined oil product re-appear in the bunker supply chain, but for now the typically higher-value product continues to play a limited role in meeting marine fuel demand.

According to Bloomberg's data, the price of aviation fuel in Singapore fell from above $70 a barrel in January to close to $20/bl in early May, before recovering to trade around $41/bl.

Eugene Lindell, a senior analyst at consultant JBC Energy GmbH, was cited in the report as saying that jet fuel components were being used for blending in April and May in the southeast Asian shipping and bunkering hub before it became uneconomic.

In Europe, bunker traders told Ship & Bunker that they had seen the practice but didn't feel it was particularly widespread.

"[There is] jet fuel being blended into DMA from time to time, which makes the overall quality [of the marine fuel] lighter and lowers the sulfur content in some areas," one Europe-based trader told Ship & Bunker Monday.

But another, whose firm holds significant stocks of jet fuel purchased at a higher price, said his company was in no rush to offload the product. Ultimately, price will determine the role jet fuel plays the current bunker fuel mix.

"We prefer to keep it in store until we can make some money [from it]," the trader said.

On of the key barriers to the use of jet fuel as a component of marine fuel is its significantly lower flash point.

The company has already tested biofuels in its ships this year and is doing further work to develop zero-emission solutions.

Container throughput climbed to 795,580 twenty-foot equivalent units (TEU) in September, up by 12.5% on the year and the highest month on record.