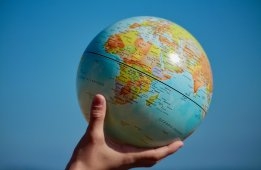 Within the portfolio of fuels competing for fuel oil's crown, LNG is in prime position.

"LNG is available globally and in large volumes, " the report said.

But bunkering infrastructure is limited. "[This] must expand before widespread uptake of LNG as ship fuel can take place."

Similarly, while the report noted that "the price of LNG fuel can be competitive... a global market similar to fuel oils and distillates is still not in place."

Nevertheless, the report's "modelled pathways" show "there is a prevalent use of liquefied methane (40%-80% of the 2050 fuel mix)".

Ammonia would come to the fore "as the most promising carbon-neutral fuel option for newbuildings".  In addition, it is competitively priced compared to other fuel alternatives.

"The preference for ammonia is due to the lower cost of the converter, storage and the fuel itself compared with H20 and liquefied biogas synthetic methane," according to the report.

A full copy of the DNV GL report can be downloaded here.

The company previously announced that it would not be applying the surcharge in May and June.