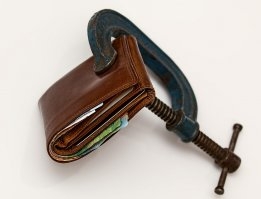 Disruption to the shipping industry in the wake of the COVID-19 pandemic as well as the oil-price collapse are prompting bunker suppliers to review the financial health of their counterparties, leaving credit length halved in some cases.

While ship operators may be enjoying low bunker prices, demand for their services has been diminished. For bunker suppliers, the value of unhedged product on hand has dropped significantly.

In response, credit managers in the bunker industry have reported to Ship & Bunker they have cut credit terms from 30 days after delivery to 15 for some new customers, and even requiring cash in advance in some cases.

"Bunker traders and suppliers need to keep selling, but the risk of even a well-vetted counterparty going bust is higher than ever," one credit manager told Ship & Bunker by email this week.

"I'm sure all are looking at their portfolios with extreme scrutiny and tightening or cutting credit lines."

The credit manager's company has reduced payment length to 15 days for some of its new customers, but is not able to do so for its established ones as it suspects competitors would quickly offer more favourable terms.

Fear of unexpected bankruptcies have haunted the bunker market since the last major crude collapse in 2014.

The surprise downfall of OW Bunker in November 2014, months after an IPO valuation at nearly a billion dollars, was in part triggered by that year's drop in crude prices after OPEC failed to cut production.

That collapse came at the crest of a wave of consolidation that passed through the bunker industry in the subsequent three years.

The bankruptcy of Hanjin Shipping in April 2016 triggered similar nerves across the industry.

There are no signs that any major player is currently facing such a fate, but given this was also the case in 2014, the concerns are understandable.

A company you regarded as an OK risk one or two months ago might look very different today.

"We have gone through the process of reassessing all of our credit lines to customers and making adjustments -- we have cut some credit lines to zero for those (mostly low asset/low equity) customers in our portfolio, even if they have been good payers and trouble-free to date," Paul Millar, head of global credit at Bomin Group, said by email Tuesday.

"This is prudent, and I am sure that most bunker credit managers will have taken a step back to reconsider their risk tolerance levels.

The larger shipping companies may still be unaffected by the current situation in terms of their credit conditions, and will be enjoying the current slide in bunker prices if they did not hedge too much of their bunker consumption late last year with higher price assumptions in mind.

"For the time being we have not received any request to reduce payment terms," a large bunker buyer in the Mediterranean said Tuesday.

Another credit manager said that their company had already tightened its portfolio on what it saw as higher-risk companies -- small, independent bunker traders, charter operators with few assets and shipowners with no clear IMO 2020 strategy -- last year.

"While IMO 2020 challenges were expected and one could prepare for them in advance, COVID-19 has unexpectedly and significantly slowed down the global economic activity which has major consequences on global trade and counter-party risks across the board, barring tankers," the credit manager said.

Credit will be cheaper but less available.

"However, the collapse in bunker prices has released some pressure and thus far we have seen no immediate major stresses on our portfolio as we continue to service our customers."

The company has not yet changed credit terms for existing customers, "but where we see stress we do go for reduced terms and/or cash in advance," the credit manager said.

In an interview with Ship & Bunker last week, bunker industry veteran Robin Meech warned of the tighter credit conditions that suppliers themselves face.

"Credit will be cheaper but less available as banks and fintech lose their capacity and appetite for the high-risk bunker trading market.

"We are into a significant credit crunch at a time when falling prices are hitting suppliers hard."