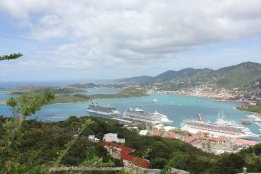 The Limetree Bay refinery in St Croix, US Virgin Islands has been given more time "to fully restart and retain its crude oil supply agreement" by its owner oil major BP, according to news agency Reuters.

The plant, which has supplied bunkers to the international market in the past, had been slated to return to operational life by mid-January under an agreement signed with BP in 2018.

Under the plan, the refinery was looking to meet the new global demand for low sulfur marine fuel. However, setbacks such as the decimation of demand for IMO2020 fuel by the COVID-19 pandemic and other operational issues have seen the 210,000 b/d plant stuck in the doldrums.

Citing people familiar with the matter, the report said that the plant could restart completely later this month which would allow the production of gasoline and diesel.

The supplier will start selling biofuels in Northwest Europe in the first quarter of 2021.