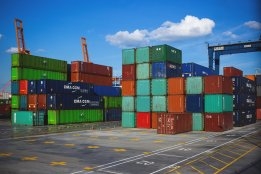 The world's largest container ship is now running on HSFO with a scrubber.

Evergreen Marine's new 23,992 TEU boxship the EVER ACE has taken over as the world's largest, shipping intelligence service Alphaliner reported this week. The ship takes the record over from the HMM ALGECIRAS series of seven ships delivered last year.

"For Evergreen, the Samsung-built EVER ACE and her five sisters will form the first half of a 'full set' of twelve megamax-24 container ships for the Asia - Europe trade," Alphaliner said in its weekly newsletter.

"In addition to the six Korean-built units, the Taiwanese carrier will next year begin to receive another six ships of similar capacity from China's CSSC Group."

Interest in scrubbers has grown over the past year after a recovery in bunker prices from the lows of the COVID-19 crisis brought VLSFO-HSFO price spreads back above $100/mt. The global average spread stood at $108/mt on Wednesday, according to Ship & Bunker's G20 Index of prices at 20 leading bunkering ports.

HSBC has awarded the firm a significant increase in funding.

The firm has appointed Tristan Matthews as head of its marine division for the UK and Ireland as of March 1.