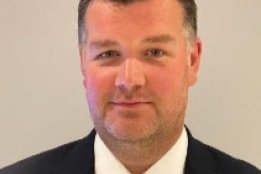 Matthews told Ship & Bunker that the move was a personal one and about developing his own career in the bunker industry.

Matthews said Island Oil has set up the new office with an eye on expanding the company's footprint beyond the East Med marine fuels market where it is an established player.

Matthews' new position at the company is head of sales, marine bunkers and lubricants in Island Oil Trading (UK) Limited.  The new office is in Greenwich, south London.

The company currently has six LNG delivery vessels in its fleet.