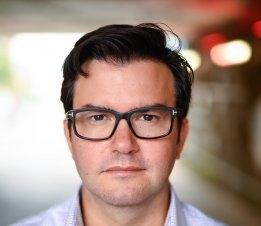 The firm officially launched late last month, having had a soft launch during London's IP Week events in February. The company has started operations by covering the bunker requirements of the Signal Maritime pools, and will seek to roll out the service to third parties in due course.

It makes sense for us to add more bandwidth to our buying activities as we go forward.

Daniel Rose, former CEO of brokerage LQM, has taken on the role of CEO after joining Signal in August 2021 to develop it. In an interview with Ship & Bunker this week Rose set out the firm's aims.

"We have a couple of different approaches that we're considering, and we're starting a formal product development process whereby we build something, we then see feedback from the market, we iterate, and then go back to the market again until we've built a product that most suits everybody," Rose said.

"It makes sense for us to add more bandwidth to our buying activities as we go forward."

Signal Maritime manages a pool of 19 Aframax tankers and another of 19 MR tankers, and catering to the bunker fuel needs of these vessels will be the first priority for Shipergy. Signal's former bunker procurement staff have already moved over to work for Shipergy, and its credit lines have also been shifted to the new firm.

The alternative fuels are very much on our radar.

These ships currently only require conventional bunkers, but alternatives may also be a requirement in future, Rose said.

"We don't have any LNG-powered vessels in the pool at the moment, but that could change and we want to be ready for that."

The firm sees its potential as offering a better way for shipping companies to get a handle on the quality of the fuel that they are buying, Rose explained.

"We feel that there's a lot of value to be added by digging into the quality of the fuel itself and trying to align that with the decarbonisation goals of our own fleet," he said.

There's a lot of value to be extracted from the supply chain as it is now just by digging into things in a much more scientific way.

"We want to avoid claims, of course, but we also want to make sure that we have the most appropriate fuel in terms of energy content and emissions."

Getting a grip on this detailed data setting out the energy and carbon intensity of the product shipping firms are buying, as well as looking at how it is delivered, will be key to discovering how to cut emissions.

"There's a lot of value to be extracted from the supply chain as it is now just by digging into things in a much more scientific way," Rose said.

"The cheapest fuel in the market isn't necessarily the right one if it isn't particularly good-quality; we are really trying to make the right procurement decisions considering the quality of the fuel itself, the timing of the delivery and so on.

"The quality of the data is mixed, but our capacity to engineer it into something good is high."

The firm is seeking to position itself as the most advanced bunker procurement company, with the backing of Signal Group's technology expertise. That will allow it to add value to traditional methods of bunker procurement, Rose said.

"We want to build a procurement company that makes the best use of digitalisation to provide extra value to its clients," he said.

We have started a company that is always going to be on a footing that enables it to adapt and evolve quickly.

"The industry is changing quickly, and we have started a company that is always going to be on a footing that enables it to adapt and evolve quickly.

"I think for the first time in my career, at least, bunkers have become a genuine strategic priority for shipping companies.

"Bunkers are being considered in the boardroom of shipping companies more than ever before.

"And for that reason we expect to have good interest in an approach that is a blend of a traditional bunker procurement offering with a layer of non-disruptive tech that enables us to offer something of more value as we go forward."

A local market source tells Ship & Bunker a large backlog will need to be cleared if operations resume on Friday.

The organisation is forecasting global demand growth of 140 billion cubic meters in natural gas between 2021 and 2025.