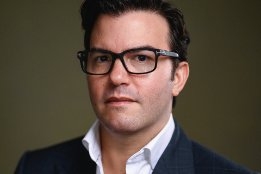 Rose, who left LQM in April as the company's London office was shut down, went on to become senior business development manager at Bunker Holding. Image Credit: Signal Group

Rose's role will involve looking for opportunities for the company within the bunker sector, he told Ship & Bunker on Tuesday. He remains based in London, travelling between there and Signal's head office in Athens, and started the new job last week.

"We are exploring a number of different avenues," he said.

The firm is not yet ready to say what role it might play in bunkering, Rose said.

"I'm going to be deploying a very collaborative approach where I want to seek feedback from all of the main stakeholders in the bunker supply chain, whether it's owners, commercial operators, physical suppliers, traders or brokers.

I want to seek feedback from all of the main stakeholders in the bunker supply chain.

"We are not looking to disrupt or challenge the current market boundaries."

Signal itself has a fleet of 26 tankers, as well as managing pools of Aframax and MR tankers, but the new bunkering venture will not necessarily be geared towards meeting the fuel needs of those ships, Rose said.

He noted the case of OilX -- a crude oil analytics firm incubated by Signal -- as an example of the kind of company that might be created.

Rose sees opportunities for improvements to how the industry works, he said.

"The whole bunker market is characterised by thousands of high-value transactions, there's a lack of trust and it results in carbon being produced at the end of all of this," he said.

"There are many, many different areas we can look into.

"Signal has shipping knowledge and pedigree, they have technological know-how and have now employed me for my bunker experience."

Rose left LQM in April as the company's London office was shut down, and went on to become senior business development manager at parent company Bunker Holding before taking on his new job at Signal. He had earlier worked as a director at Integr8 Fuels and as chief commercial officer at OceanConnect Marine.

Move marks a first for both Shell and Singapore.

The stem comprised a blend of regular and renewable natural gas.