IMO2020: Bunker One Warns on Build Ups in Bunker Tanks 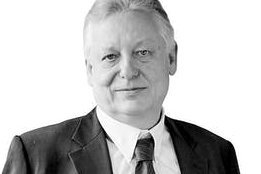 While it has previously determined IMO2020 fuel problems are likely being overstated, Bunker One says the biggest concern is with certain build ups within a vessel's bunker tanks.

Specifically, Technical Manager Steffen Kortegård says any piles of asphaltenes and cat fines in the tanks could be dissolved by introducing more naphthenic and aromatic fuel into the tanks, jeopardizing the safety of the vessel with separator and filter problems.

"This also happens occasionally today, but it is our advice that special attention should be given in places where the problem has never happened since the characteristics of the fuel will change," says Kortegård.

"We recommend inspecting as many tanks as possible prior to changing to 0.5% products and to dig out the piles, if any, with a shovel and buckets as necessary. Inspection of bunker tanks should be part of the SMS and be performed as frequently as possible and no less than at every planned dry docking."

The new global 0.50% sulfur cap comes into force from January 1, 2020, but vessels are expected to begin lifting the new fuels en-masse from Q4 this year.