Scrubber Orders Rising but Big Uptake Some Way Off: Analyst 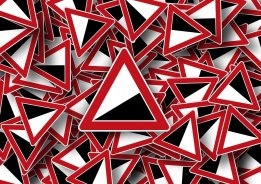 Scrubber orders have edged up over the third quarter and now stand at 375 emission abatement units in place or on order, a maritime analyst has said.

"These are the visible orders and it's an increase over the July figure of 358," IHS Markit senior maritime analyst Krispen Atkinson told Ship & Bunker.

But while that figure represents a five per cent rise over the three-month period, Atkinson said that the enthusiasm for scrubbers seems to be on the wane.

"Owners are in wait-and-see mode," he said. "Peak interest in the technology came in the run up to 2015 [and the introduction of tougher emission control area rules]."

The main problem, he pointed out, has been the price of residual bunker fuel.

"Price is key," he said. If anything, the cost of bunker fuel to owners has probably been the deciding factor in the uptake of the technology.

The run up to 2020, when the global sulfur cap on bunker fuel drops to 0.5%, could see interest in scrubbers returning to the market as the cost of compliant bunker fuel is expected to rise.

According to Atkinson, the segment to watch would be tramp shipping, the bulkers and tankers.

"If these ships decide to engage with scrubbing technology, it would be a big step," he said.

Scrubbers or emission abatement technology washes pollutants from a ship's exhaust before they enter the atmosphere. Vessels which have scrubbing technology installed may continue to burn heavy fuel oil and remain within the regulations.

Tallink Grupp's new ferry the MyStar will have duel-fuel main engines supplied by MAN, with LNG as the primary fuel.

Rising crude export volumes from US paves way for enhanced role for WTI benchmark, according to price reporting agency Argus

Meanwhile, U.S. inventory builds are much lower than thought.