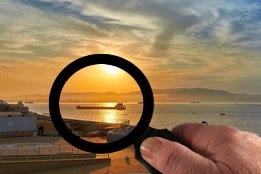 In a joint statement today, the Maritime Authorities of the Tokyo and the Paris Memoranda of Understanding (MoU) said their joint Concentrated Inspection Campaign (CIC) will run from September 1, 2018 until November 30, 2018, with Lloyd's Register indicating some 10,000 ships are likely to be subjected to the CIC during this period.

UK P&I Club notes Indian Ocean MOU and Black Sea MOU PSC regimes have also agreed to focus on the prevention of air pollution by ships during their forthcoming CICs.

authorities have stressed there will be a particular focus on Regulation 14, which concerns sulfur oxides (SOx) and particulate matter (PM)

While the CIC's aim is to check overall industry compliance with MARPOL Annex VI, authorities have stressed there will be a particular focus on Regulation 14, which concerns sulfur oxides (SOx) and particulate matter (PM).

This is evident from the list of 11 questions Port State Control Officers (PSCOs) will use as part of their inspection process, the full list of which can be found here: https://www.parismou.org/launch-joint-concentrated-inspection-campaign-marpol-annex-vi

The sulfur content of bunkers is currently capped at 3.50% m/m on a global level, but is limited to 0.10% m/m inside the established emissions control areas (ECAs) of the Baltic Sea, North Sea, and around North America.

"Effective and uniform enforcement is a prerequisite for ensuring cleaner air and the full environmental impact of the regulation. In practice, this requires a high priority on enforcement and strong and effective cooperation between national port State control authorities," Secretary Hideo Kubota and Secretary General Richard Schiferli stated.

"The results of the campaign will be analysed and findings will be presented to the governing bodies of the MoUs for submission to the IMO," a statement released by the Tokyo and Paris MOU's added.

As the industry moves towards a lower global sulfur cap of 0.50% from January 1, 2020, the need for compliance with, and enforcement of, bunker sulfur regs has come increasingly under the spotlight.

INOVYN to Work With VT Group on Hydrogen-Fuelled Chemical Barge

The barge will ship chemicals for INOVYN between its Antwerp and Jemeppe sites.