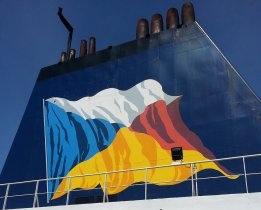 Sourcing bunker fuel from a greenhouse gas emissions perpective should be holistic, a shipowner has said.

Speaking on the Path to Decarbonisation panel at Capital Link's Operational Excellence in Shipping forum, Prominence Maritime's chief executive, Ioanna Procopiou, said that a shift in perception is needed.

Currently, bunker fuel use is framed as tank-to-wake (from entering a ship's tanks to driving its propellers) whereas it should be wider, from well-to-wake.

Procopiou cited ammonia as a case in point. Only if it is produced from renewable sources can it be considered carbon neutral, she said.

There were also practical concerns to be taken into account when considering greener fuels.

Liquified natural gas as bunker fuel does not yet have the global coverage it would need to become a viable alternative to oil-derived fuel oil, the executive added.