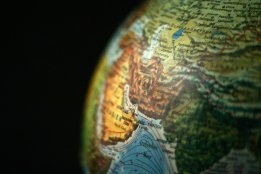 Increased geopolitical tensions since the US strike on Iranian general Qassem Suleimani last week are having relatively little impact on bunker demand at Fujairah so far, according to traders and suppliers covering the port.

"Demand from our customers is almost in line with the beginning of last month -- not such a big change," one trader said.

"The area is affected by the instability and the price for extra insurance applied to the vessels stopping at Fujairah for bunkers is not helping the business in the Persian Gulf."

Two traders pointed out that Additional War Risk Premiums to insurance rates had increased because of the tensions.

"The area is affected by the instability and the price for extra insurance applied to the vessels stopping at Fujairah for bunkers is not helping the business in the Persian Gulf," one said.

Very low sulfur fuel oil prices at Fujairah rose from $769/mt on 2 January before the attack to reach $793.50/mt on 6 January, according to Ship & Bunker assessments, but have since slipped to $752.50/mt by 9 January.

A supplier suggested that some demand from smaller operators visiting the region only for bunkers may be displaced to the East.

"My regular business with blue chip owners has remained consistent," the supplier said. "However, some of the smaller owners who are calling the AG for bunkers only have voiced concern, and are now looking at Colombo or Singapore as viable options if the vessel is headed eastbound.

"But overall there has been far less concern regarding this attack than what we saw post the attacks on the tankers last year."