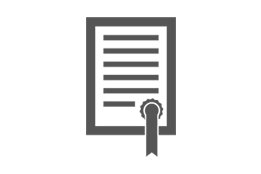 The IMO will consider the introduction of a licensing scheme for bunker suppliers as part of MAROL Annex VI, the same set of rules that encompass IMO2020.

The idea was proposed during the 74th session of the IMO's Marine Environment Protection Committee (MEPC 74), but a push to make such a scheme mandatory was rejected.

However, IMO has agreed to consider a template for voluntary licensing, the International Bunker Industry Association (IBIA)'s Director and IMO representative, Unni Einemo, reports from MEPC74.

Concerns over a safe implementation of the upcoming IMO2020 rule were touted as a key motive for the move, but the push comes against a long standing backdrop of calls for tighter regulation on bunker suppliers to help curb industry malpractice.

Those calls seem to have gained some traction in recent months, with authorities in April telling Ship & Bunker an ARA-wide bunker supplier licence scheme is currently under consideration.

There are currently no cross-border regulations for bunker suppliers, and limited local rules even in major markets.

Singapore, the world biggest bunker market by sales volume, is one of the notable exceptions.

Last month, Peter Grünwaldt, VP at Hafnia Management and their Head of Bunkers, called for more markets to follow Singapore's lead in implementing a bunker licence scheme and stressed that such a system also needs to be part of a meaningful enforcement framework.

While MEPC74 ultimately deemed that the administrative burden of mandatory bunker licensing would outweigh its benefits, Einemo says the appetite is there for developing guidance on how to set up such schemes on a voluntary basis.

A draft template of a bunker license scheme will now be developed as part of PPR7 or MEPC75 in March/April of 2020.

From a slow start at the beginning of the year.

UPDATE: Maersk Finds VLSFO Not to Blame For Engine Failure Off Spain

The Maersk Batur stopped with engine problems on its way from Algeciras to Newark on Wednesday.