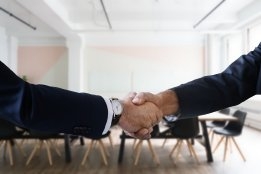 The new hire is based in Muscat. File Image / Pixabay

The Oman Oil Marketing Company has hired a head of bunkering as it prepares to launch bunker supply at the Port of Duqm later this month.

Christophe El Kati has joined the firm as senior manager for marine and bunkering, he said in a LinkedIn post on Monday.

El Kati was previously senior manager for cargo and bunker trading at marine fuel supplier PMG Holding, and had earlier worked as the manager of Cepsa's Dubai bunkering operation.

"I would like to thank Oman Oil Marketing for trusting me with the opportunity to set up and supervise the bunkering business and operations of the company's bunker terminal at the Port of Duqm," El Kati said in the post.

"Designed to meet the needs of international and domestic vessels, the terminal will capitalize on the unique strengths with the high performance barge MT ALPHA in the strategic location of the Port of Duqm."

The company expects its Duqm supply operation to launch in the fourth week of November.