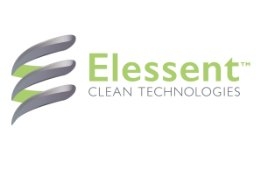 The deal also includes Dupont's MECS sulfuric acid and environmental technologies, STRATCO alkylation technology, and IsoTherming hydroprocessing technology, all of which are now part of Elessent.

Belco has been a long time player in the exhaust gas clean system (EGCS) space and was one of the firms providing scrubber units to owners for compliance with the 2015 introduction of the 0.10%S Sulfur Cap within emissions control areas (ECAs).

Interest in scrubbers got a more notable second boost from the introduction of the 0.50%S 'IMO 2020' global sulfur cap on January 1, 2020.

While the high / low sulfur fuel spread has been significantly lower than anticipated since then, in 2021 the VLSFO / HSFO spread almost doubled, ending the year at a 2021 high of $153.

The purchase and installation of new scrubber units is generally considered attractive at low sulfur premiums of $100 or more.

"There will now be suits coming out of the Singapore situation," lawyer Steve Simms tells Ship & Bunker.

The firms have signed a memorandum of understanding to develop and build two VLCCs capable of running on green ammonia.

Via UK-based start up.