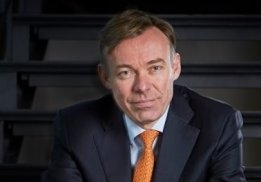 The new chairman of marine fuels conglomerate Bunker Holding has started work in his new role.

Klaus Nyborg has now officially taken over as the Danish group's chairman, the company said in a LinkedIn post last week. Nyborg is taking over the role from Torben Østergaard-Nielsen, the founder of Bunker Holding's parent company USTC.

The move was first related last month as part of the announcement that Østergaard-Nielsen would be stepping down as CEO of USTC in favour of his daughter, Nina Østergaard Borris.

Nyborg had served as vice chairman of the Bunker Holding board since 2012. He is also taking on the role of chairman of USTC tanker company Uni-Tankers.

"Through this Nyborg has ensured a broad network and great professional competence in an industry that has undergone major changes in both fuel and freight volume over the past four decades."