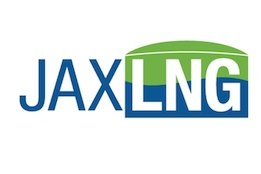 JAX LNG LLC (JAX LNG), a joint venture between Pivotal LNG and Northstar Midstream, today announced that it has received a Letter of Acceptance (LOA) from the U.S. Coast Guard (USCG) for the operation of the company's waterfront liquefied natural gas (LNG) facility, as well as the approval to conduct ship-to-ship LNG bunkering operations for TOTE Maritime's Marlin Class ships with the LNG barge, Clean Jacksonville.

JAX LNG and TOTE Maritime received their first LOA from the USCG for establishing the LNG bunkering facility in 2015.

In October 2016, JAX LNG announced that it had completed the engineering and procurement contracts required to initiate construction of the new facility in Jacksonville, Florida.

Ship-to-ship LNG bunkering... is expected to commence early in 2018

"The receipt of this second LOA demonstrates our commitment to our customers, the value of inclusive port stakeholder relationships, and exhibits confidence in our rigorous operational risk analysis methodology," said Tim Hermann, President of Pivotal LNG.

Ship-to-ship LNG bunkering associated with the facility is expected to commence early in 2018.

JAX LNG has previously said that, upon completion, the facility will be outfitted with a 2 million gallon storage tank with a 120,000 gallon per day production capacity.

The JV listed Fujairah among the ports it planned to serve upon its launch in 2015, but has focused on Asian locations so far.

Inaccurate or non-compliant BDNs are a 'continuing spectre' haunting the industry, according to Integr8's Chris Turner.