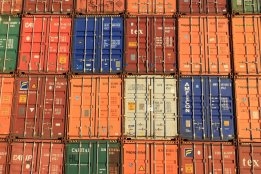 Some 395 container ships have had scrubbers fitted so far this year, according to shipping intelligence service Alphaliner.

A total of 652 boxships currently have the emissions-cleaning equipment fitted, Alphaliner said in an emailed note Wednesday, up by 395 since the start of the year.

328 of those 395 ships were retrofitted with scrubbers, while the remaining 67 were newbuildings, according to the company's data. A further nine ships are currently undergoing scrubber retrofits.

Of the top ten container lines, MSC and Maersk have the highest amount of scrubber-fitted container freight capacity, at 1.657 million TEU and 1.221 million TEU, respectively, Alphaliner said. But expressed as a percentage of the company's capacity, HMM has the most at 80%.

Gibraltar itself saw 412 ships arriving to take bunkers in September, down from 422 in August but up from 399 in September 2019.

Bunker prices down 9%, but daily operating costs have jumped by 4.5% this year, rising at their fastest pace in a decade.