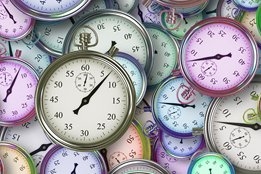 Time could be running out for the traditional bunker industry. File Image / Pixabay.

Last Friday's historic agreement at MEPC 72 to reduce Shipping emissions will spell the end of today's traditional oil-based bunker industry from the 2030's, according to Dr Tristan Smith from the UCL Energy Institute.

The deal envisions a reduction in the total annual GHG emissions from Shipping of at least 50% by 2050 compared to 2008, while at the same time pursuing efforts towards phasing them out entirely.

"From the 2030s, it is highly unlikely that new ocean-going vessels will be dependent on fossil fuels. Rather we will be looking at zero carbon renewable fuels to power the world's fleet," says Smith.

"If you are building a ship or planning to build a ship in the 2020s, it will likely need to be able to switch to non-fossil fuels later in its life, a factor insurers and shipping financiers will need to consider in their business plans through the next decade."

we could see a diverse shipping fleet powered by hydrogen, ammonia, batteries, sustainable biofuels and sail

The prospect of such a future has other near-term implications too, such as for those considering - or touting - fossil fuel-dependant solutions for the upcoming "IMO2020" global 0.50% sulfur cap on marine fuel.

The key question, of course, is what will replace oil bunkers as the alternative source of power for the ships of the future, and to that end even Smith admits this is currently unclear.

"It's hard to predict exactly what the next 20 years will bring, but we could see a diverse shipping fleet powered by hydrogen, ammonia, batteries, sustainable biofuels and sail," he says.

"There are a range of innovative technologies being rolled out by market leaders already and we can expect the curve of technological development to only increase with this decision."

While such a relatively immediate future for Shipping may seem unrealistic to some, it is also difficult to ignore the major global push for renewable energy witnessed in recent months, with household names including McDonalds, Microsoft, Visa, Apple, Bank of America, Ikea, Goldman Sachs, Walmart, and Anheuser-Busch InBev among over 100 other major global corporations having all made headlines for committing to a future of using 100% renewable energy.

Importantly, their time frame to achieve this is well within that envisaged by Smith and the MEPC 72 GHG deal. So if nothing else, it hints at some meaningful corporate desire and real investment into making his vision of the future for marine fuel a reality.

From a new plant expected to be operational in mid-2023.