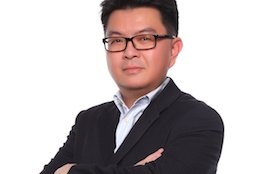 As Ship & Bunker reported in February, the company began offering bunkering services at the Cambodian port of Sihanoukville in anticipation of future demand from the possible development of the Kra Canal.

"Cambodia is slowly opening up the market and with invaluable support from China, Cambodia is investing in the port of Sihanoukville. Their pricing is inclusive of tax but there are talks of having tax free products for vessels calling overseas," explained Steven Low, Regional Manager (ASEAN) at Sing Fuels.

"With the development of the Kra Canal, Sihanoukville is poised to be the most favourable location for refuelling, followed by southern ports of Vietnam."

Long, meanwhile, says the company is currently seeing inquiries in Cambodia on an "occasional basis," with most deliveries currently completed by truck.

The Singapore-based company... has ambitions to expand its physical setup in other niche markets

The Singapore-based company, who operates primarily as a trader, also has ambitions to expand its physical setup in other niche markets.

"To broaden our global reach, Sing Fuels is exploring the possibility of starting offices in niche markets like Africa," said Long

As Ship & Bunker previously reported, Sing Fuels offers IFO180 bunkers via truck deliveries, as well as low sulfur MGO of a maximum 0.05 percent sulfur content delivered by both truck and by barge, at the Sihanoukville anchorage in Cambodia.

Long's comments came as part of a wider interview exploring the company's history and future plans.