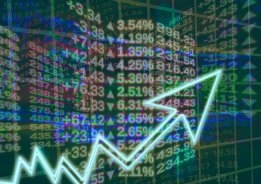 Demand appeared to be holding firm at the top bunker ports at the start of the coronavirus crisis. File Image / Pixabay

Bunker demand at the world's top bunkering hubs appears to be holding up so far this year despite the COVID-19 pandemic.

The authorities at Panama and Rotterdam came out with the latest bullish figures on Thursday, following Singapore's release earlier in April.

Panama's showed just a slight 0.4% dip in March's bunker sales figures from a year earlier, and a 1.2% gain from February's levels.

Singapore earlier in the month reported March's figures climbing by 5.66% on the year and by 11.41% from February.

Gains from February to March will partly reflect the higher number of days in March.

For the first quarter as a whole, Panama's demand climbed by 8.9% compared with a year earlier, while Singapore's rose by 5.3%.

Viewing figures for the first quarter as a whole, Panama's demand climbed by 8.9% compared with a year earlier, while Singapore's rose by 5.3%.

Sales elsewhere in the world appear to be following a similar trend, with a source in Gibraltar saying demand there was higher in the first quarter than a year earlier, and one in Fujairah reporting their sales were holding steady.

And the port of Zhoushan in China saw a 25% surge in bunker sales on the month to 348,000 mt in March, according to price reporting agency Argus Media.

Data on volumes from the bunker suppliers are showing a mixed performance so far this year -- Monjasa reported a 14% rise in bunker volumes in the first quarter from a year earlier, while World Fuel Services reported a decline of 6%.

First-quarter results from Maersk on May 13 will also give some indication of how demand from the container sector has fared.

The resilience of bunker demand at the bigger hubs has been somewhat surprising, given that the world has been going through one of the biggest economic shocks on record.

The initial effects of the COVID-19 pandemic's effect on shipping and logistics can be measured as far back as the start of the Lunar New Year holiday on January 25; by February 6 shipping intelligence service Alphaliner was already warning of a potential slump in container throughput in Asia.

One might also have expected IMO 2020 to have had a negative effect on figures for the first quarter, with shipowners stockpiling very low sulfur fuel oil (VLSFO) in the fourth quarter ahead of the change and then subsequently needing to buy less in the new year.

It's possible that that effect was overstated, with fewer shipping companies than expected stockpiling ahead of 2020.

One source at Rotterdam also suggested IMO 2020 may be causing buyers to congregate at the larger hubs this year while they are unsure which of the smaller ports have reliable VLSFO supply.

If the larger hubs are gaining market share at the expense of smaller ports, it will be slow to become apparent.

The slight gain at Rotterdam may have been "because of VLSFO and concentration of the supply in key markets, compared to HSFO which was spread among more ports," the source said.

If the larger hubs are gaining market share at the expense of smaller ports, it will be slow to become apparent, as few locations apart from Singapore, Rotterdam and Panama report official bunker demand data any more.

Until a clearer view emerges of what's happening at the smaller ports, it will be too early to determine how big an impact the current economic shock is having on demand.