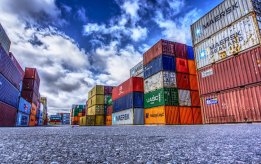 Reduced volumes at Chinese ports because of the Coronavirus outbreak may cut global container throughput growth by at least 0.7% this year, according to shipping intelligence service Alphaliner.

The extended Lunar New Year holidays prompted by the outbreak will cut cargo volumes at Chinese ports, including Hong Kong, by more than 6 million twenty-foot equivalent units (TEU) in the first quarter, according to Alphaliner analysis published Wednesday.

Bunker demand worldwide is likely to be affected by disruption on this scale, but particularly demand in the Asia-Pacific region and the world's largest bunkering hub, Singapore.

Singapore's Maritime and Port Authority is likely to publish bunker demand figures for January at the end of next week, which will give initial indications of the impact the Coronavirus outbreak is having on the bunker market.

Extended holidays enforced at Chinese shipyards will also "contribute to the chaos that the current scrubber-retrofit frenzy has caused," Alphaliner said.

"Even before the Coronavirus scare, many shipyards had already been unable to carry out vessel conversions as planned, since scrubber installations took longer than initially projected as yards went through a learning curve with this new task.

"Such delays have not only affected ships under conversion, but they also delayed planned drydocking windows for vessels that queue up for retrofits.

"In many cases, this has left ship owners and operators with the awkward decision of letting their tonnage idle in China until a new time slot for scrubber retrofit becomes available, or send these vessels on another round trip to Europe or the Americas."

Shipyards in the cities of Shanghai, Zhejiang, Jiangsu, Guangdong, Fujiang and Anhui have had their reopening after the holidays delayed by one week to 10 February, Alphaliner said.

The Chinese government has allowed shipyards to declare force majeure on contracts for delayed newbuildings, repairs and coversions, the company said.

Shipping demand growth appears healthy in the Western Mediterranean, but lower VLSFO prices will be needed to increase the region's bunker market share.