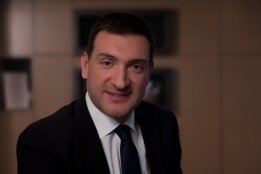 Upcoming LNG bunker player Probunkers has underlined its belief that the use of LNG can help the industry reach full decarbonisation, by becoming member of the “Getting to Zero” Coalition.

“The Coalition’s goals and vision are spreading through the maritime industry and more stakeholders understand that contributing to and keeping up with the IMO’s targets is the only viable way forward,”, said probunkers Chief Executive Officer, Alexander Prokopakis.

"We, at probunkers, feel obliged to participate in paving this way through supporting the adoption of LNG as marine fuel, one of the dominant solutions to reach the goal of ZEVs in the near future."

While natural gas is a fossil fuel, advocates believe the new infrastructure will ultimately be used to deliver carbon-neutral fuel like synthetic natural gas (SNG), and use of traditional fossil-fuel LNG in the interim will result in a smaller emissions footprint than traditional oil bunkers.

Critics believe the science suggests otherwise and all efforts should be placed on non-fossil fuels.

Torbjörn Törnqvist says series of recent failure in city state is a concern.

The rule will just apply at berth and anchorage from September, but is due to be extended to cover all of South Korea's waters from January 1, 2022.